Adiyogi: The Source of Yoga 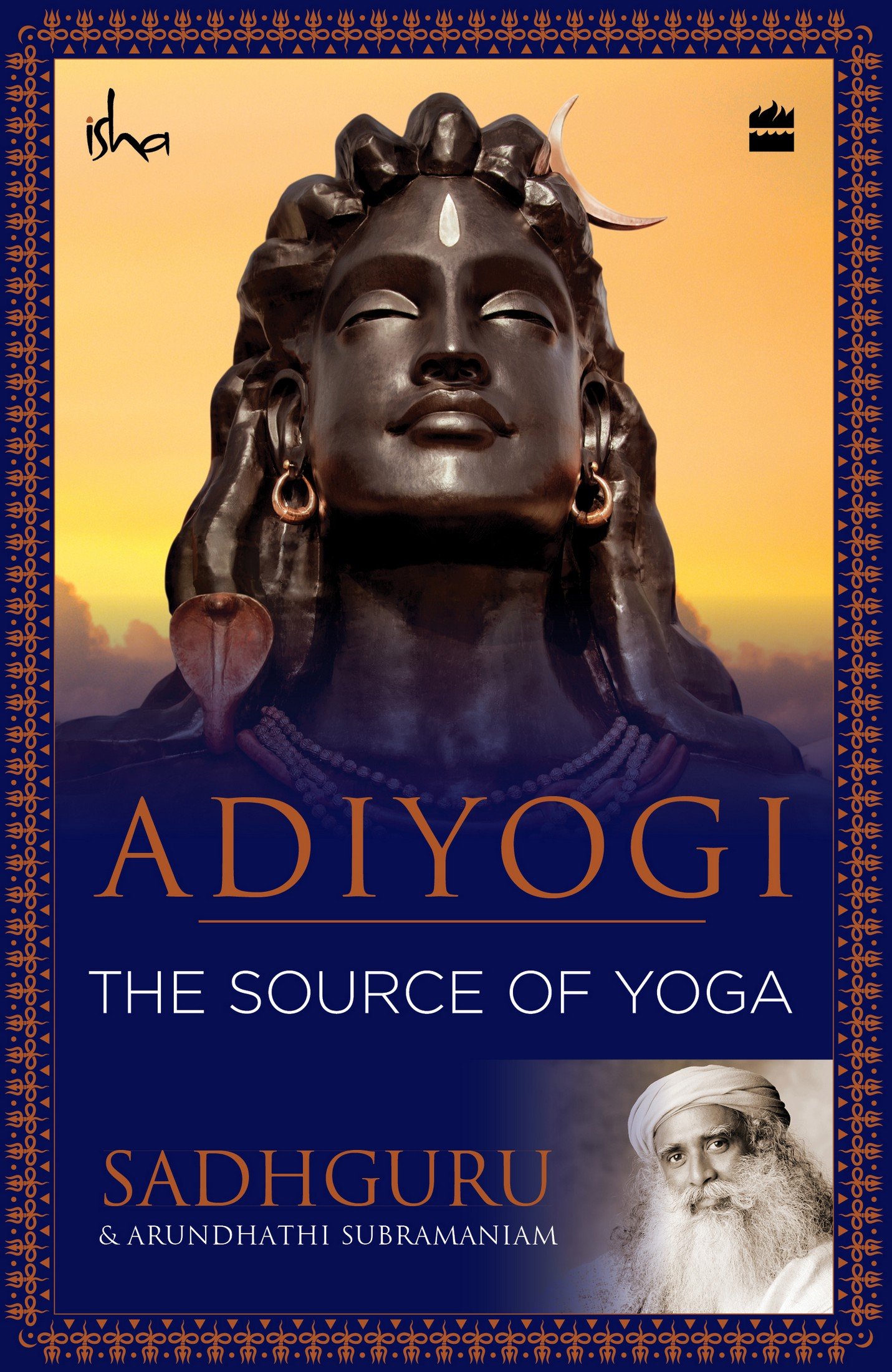 “Shiva does not spell religion. Shiva spells responsibility — our ability to take our very life process in our hands.”

‘Shi-va’ is ‘that which is not’, a primordial emptiness; Shiva is also the first-ever yogi, Adiyogi, the one who first perceived this emptiness. Adiyogi is symbol and myth, historic figure and living presence, creator and destroyer, outlaw and ascetic, cosmic dancer and passionate lover, all at once.A book like no other, this extraordinary document is a tribute to Shiva, the Adiyogi, by a living yogi; a chronicle of the progenitor of mysticism by a contemporary mystic. Here science and philosophy merge seamlessly, so do silence and sound, question and answer–to capture the unspeakable enigma of Adiyogi in a spellbinding wave of words and ideas that will leave one entranced, transformed.

The Beginning: Adiyogi, An Excerpt

Over fifteen thousand years ago, in the upper reaches of the Himalayas, where the snows are perennial and the skies terrestrial, a being appeared.

He was a being unlike anyone had ever seen – nine feet tall, ash-smeared, with flowing matted hair. Sometimes he sat absolutely still. At other times, he danced. His dancing was indescribable. Wild and ecstatic, it seemed to breathe exuberance into an entire universe. Planets and stars, rivers and forests, mountains and oceans exploded into life around him. When he was motionless, he seemed to become the ageless silence at the heart of all creation. He seemed to become life itself.

No one had ever seen anyone like him before. They did not know who he was, where he came from, what his origins were. People gathered in huge numbers around him because his presence was quite extraordinary. It was clear that while he was on this planet, he was not of it. They waited, hoping for a miracle. Nothing happened.

Much of the time, he just sat still, completely oblivious to what was going on around him. except for a few tears of rapture that fell from his eyes, he showed no signs of life at all. A tremendous miracle was happening before everyone’s eyes, but they missed it completely. They could not see that his sitting still for days and months on end was the real miracle. They were expecting firecrackers. That did not happen. Everyone left.

Only seven men hung on. They could not leave. This mysterious being was no longer merely the center of their worlds. He seemed like the kernel of the very universe, the key to all the mysteries of existence. When he finally opened his eyes, they pleaded with him to share his experience with them. He dismissed them.

‘This is not for people seeking entertainment. Go away,’ he said.

Many long years later, unable to ignore their unwavering commitment and radiant receptivity, Adiyogi – or the first yogi, as this being came to be called – relented. He directed his attention to these seven thirsty seekers and began expounding to them the nature of life.

It was on that full moon day – the first full moon after the summer solstice – that an entire exploration of the mechanics of life unfolded on this planet. It was on that day that Adiyogi became Adi guru, the first guru. That day is celebrated to this moment in the history of the Indian subcontinent as guru Poornima.

What Makes this Day So Important?

It was on this day that the seed of liberation was planted in the human consciousness. It was on this day that it was declared for the first time in human history that biology is not destiny that it is possible for a human being to evolve consciously. The finite can turn infinite. The particular can turn universal. Compulsion can turn into consciousness. It is possible for a piece of creation to become one with the source of creation. The human creature can become a divine entity.

This insight did not give birth to faith. It instead gave birth to science. A science that aimed at making human beings the rulers of their own fate, the architects of their own destiny. Guru Poornima predates religion. It happened before the idea of religion even entered the human mind. The journey did not demand belief in a prescribed set of conclusions. The journey was about exploration – a fearless exploration of the profoundest depths of human consciousness. The ultimate aim was not god. The ultimate aim was liberation.

What Adiyogi transmitted to those seven disciples were the fundamentals of a science called yoga – union – a science of radical self-transformation that continues to live on thousands of years after that first exposition, a science that continues to empower human beings to blossom to their ultimate potential. The goal was mukti – freedom from a life of physical enslavement and psychological bondage. The goal was life itself – roaring, unfettered life. Ecstatic, boundless, infinite life. And that freedom, Adiyogi declared, is within the reach of every human being.

Be the first to review “Adiyogi: The Source of Yoga” Cancel reply